Chinese automaker Zhejiang Geely Holding, the same company that owns Volvo, has announced it is buying a 49.9 percent stake in struggling automaker Proton and along with it a controlling stake in famed British sports car builder Lotus.

Geely will acquire a 51 percent stake in Lotus from Proton as part of the deal, an exciting development for fans of the brand as Geely is committed to growing all of its automakers. Geely will now be able to explore joint projects between its automotive properties, which should result in streamlined research and development processes.

Own the best ever Lotus Elise for a Lot Less

It’s regarded as one of the best sports cars of its time, and one of the most involving drives you’ll experience, but now there’s another great reason to buy a new Lotus Elise - it’s rock-bottom running costs.

Despite its straight-line speed, the Lotus Elise has been declared by What Car? as the slowest depreciating performance car on the market - retaining more of its purchase price than rivals. Excellent news for buyers, and with five-star reviews of the latest Elise Sport and Elise Sprint now published, it shows there’s never been a better time to find out what makes this Lotus so special. 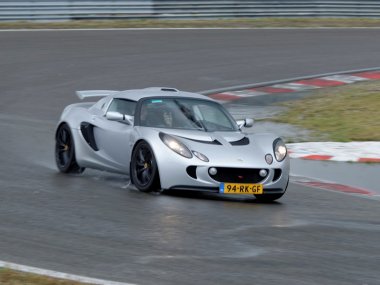