PROTON Holdings Berhad (“PROTON”) today announced the appointment of Jean-Marc Gales as the new Chief Executive Officer of Group Lotus plc, effective 1 May 2014. Lotus is a wholly owned subsidiary of PROTON and a member of the DRB-HICOM Group.

Gales, a Luxembourgian, holds a MSc in Management from London's Imperial College, and a MSc in Mechanical Engineering from the University of Karlsruhe in Germany.

A known industry player, Gales has held several significant positions with numerous global automotive manufacturers. Prior to his new appointment at Lotus, Gales was Chief Executive Officer of the European Association of Automotive Suppliers (“CLEPA”) since 2012, where he played a key role in turning around the association through various strategic initiatives, including streamlining the working processes and increasing corporate members from 82 to 112. Gales also established a lobbying strategy with the European Parliament and European Commission, and helped define the Industry Research & Innovation Strategy and Roadmap for 2025.

Before joining CLEPA, Gales was the President of Automobiles Citroen and Automobiles Peugeot between 2009 and 2012, where he restructured the entire sales value chain and implemented a new brand strategy for the DS Line and introduced the Citroen DS in major markets around the world. During his tenure there, the Company delivered record retail sales in 2009 and 2010.

Aslam Farikullah, current Chief Operating Officer of Group Lotus plc, remains as Member of the Board of Lotus Cars Limited and will continue to contribute to the growth of the business in the future. 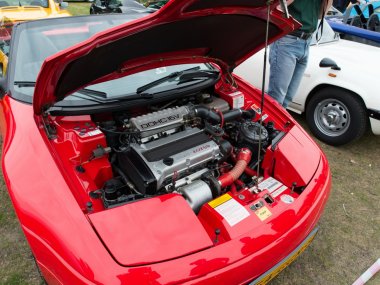