In ieder geval willen we u deze foto's niet onthouden.

Proton sells out to German giant

Lotus is about to be sold to VW, if a story in Autocar proves true.

A majority stake -- 51 per cent -- of Lotus' Malaysia parent company Proton is about to sold to VW, an announcement that's said to be set for confirmation on 8 February. Proton owns 80 per cent of Group Lotus, the umbrella company under which Lotus Cars and Lotus Engineering operate.

Other suitors have been mooted, not least General Motors -- a previous owner -- on these very pages last week when GM boss Rick Wagoner confirmed that his company was in acquisition talks with Proton.

We don't yet know what's going to happen to Lotus when (if?) the sale goes through -- but we're likely to find out soon after VW's hands take control of Proton's tiller.

Rick Wagoner, General Motors’ chief executive, has confirmed that the US carmaker is in preliminary talks about acquiring a stake in Proton, Malaysia’s struggling national carmaker.

GM is the third foreign carmaker to have expressed interest in Proton, which is hoping to find a strategic partner by March in an effort to reverse falling sales. Volkswagen and PSA Peugeot Citroën, which both lack a manufacturing base in south-east Asia, have also said they are looking to invest in Proton. 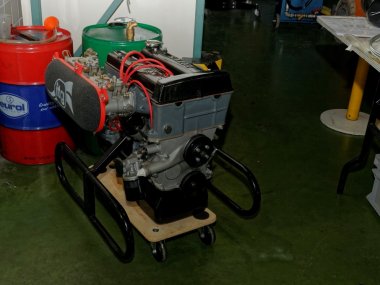